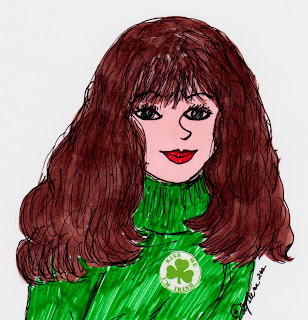 I am part-Irish. Of course, I am also part-French, part-Welsh, part-Scottish and part-Native American Indian and heaven knows what else! But my mother’s maiden last name was Thompson. You can’t get much more Irish than that. Maybe that’s why I love all the Irish and Irish-influenced foods we have in America. Corned beef and cabbage, Irish soda bread, Irish stew, potatoes in every form and fashion, Irish buttermilk scones…all delicious, and all foods that I enjoy both in the U.S. and in Ireland!

When I first traveled to Ireland, people warned me that the food wasn’t good, but I never understood what they were talking about. I had some of the best food ever in Irish pubs and country kitchens throughout the Emerald Isle.

Ireland is a place I love and I plan to go back there some day. I can’t wait to see the rolling green hills flecked with sheep and the massive rocky cliffs that overhang the sea. I can’t wait to feel the frothy spray of sea on my face while winds howl and riff through the sand dunes. I can’t wait to lie in the meadow grassland and scrub high on a hill and watch clouds chase one another in the sky. Ireland is a mystical place where dreams are forged and ancient Druid lives are remembered. Ahhh, but I digress…We were talking about St. Patrick’s Day.

According to Wilstar.com, concerning St. Patrick's Day, the person who was to become St. Patrick, the patron saint of Ireland, was born in Wales about AD 385. His given name was Maewyn, and he almost didn't get the hob of Bishop of Ireland because he lacked the required scholarship. Far from being a saint, until he was 16, he considered himself a pagan. At that age, he was sold into slavery by a group of Irish marauders that raided his village. During his captivity, he became a Christian and adopted the name Patrick. He escaped slavery after six years and went to Gaul where he studied in the monastery under St. Germaine, Bishop of Auxerre in Burgundy, France for a period of twelve years. During his training he got the notion that his calling was to convert the pagans to Christianity. His wishes were to return to Ireland to do this. But his superiors, instead, appointed St. Palladius. Two years later, Palladius transferred to Scotland and Patrick was then appointed as Second Bishop to Ireland.

Patrick was quite successful at winning converts. And this fact rightfully upset the Celtic Druids, who had their own native religion. Patrick was arrested several times, but escaped each time. He traveled throughout Ireland, establishing monasteries across the country. He also set up schools and churches which would aid him in his indoctrination of the Irish country into Christianity. His mission in Ireland lasted for thirty years. After that time, Patrick retired to County Down. He died on March 17 in AD 461. That day has been commemorated as St. Patrick's Day ever since.

Though originally a Catholic Holy Day, St. Patrick's Day has evolved into more of a secular holiday. Today, people celebrate the day with parades, wearing of the green, and drinking beer...and of course, kissing! One reason St. Patrick's Day might have become so popular is that it takes place just a few days before the first day of spring. Some say it's the first "green" of spring.

And so it is on this day that I want to wish all my friends, my creative counterparts and others, a Happy St. Patrick’s Day. I’d like to invite you to join me in a day of celebrating with all green foods! Yep, I’ve decided to “go green” today. That means I’ll be eating cabbage, broccoli, cucumbers, green peppers, green onions, lettuce, asparagus and spinach – all with green tea. For dessert, I will have a green Granny Smith apple. These are all foods that are nutritious and are featured prominently on ANY diet you choose whether it’s vegan, low-carb, the Paleo Diet, the Dukan Diet, or whatever. You simply cannot go wrong with green foods. And even the diets that tell you to not eat fruit will generally allow a Granny Smith green apple because it’s not too sweet. And, I'll probably go out and spend some "green" as a way to celebrate this festive day as well!

If you find yourself out at a pub having a green beer or two, or home having a heaping bowl of Irish stew, remember to have fun and not worry too much about it. You can get back to your healthy foods and “diet” tomorrow. I’ll leave you with the ole saying: “May the luck o’the Irish be with you!” Have a wonderful St. Patrick’s Day everyone!

Music: Currently listening to the album "Sigh No More" by Mumford & Sons

Posted by Donna Peerce at 1:46 PM No comments:

Back To Donna's Web Site

“Our truest life is when we are in our dreams awake.”

What I'm Listening to Now 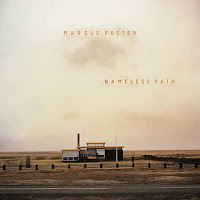 Donna Peerce is a dreamer who creates her world one dream at a time. She is an award-winning author, ghostwriter, book doctor and editor of more than 54 published books, some of which have been published internationally. She is currently working on a few movie treatments and scripts, with production plans scheduled for the upcoming year. She travels the world and makes dreams come true for people who have writing aspirations and needs.

Donna is not only an outstanding writer and editor, she possesses an additional attribute of maintaining the "voice," tone and attitude of the person she is representing. This is a rare, yet essential element in the literary field I have found. She attunes herself to the material and enhances the text with her editorial and writing skills. In brief, you will definitely find what you are searching for in a writer with Donna.

Donna's writing skill parallels her character. We have gotten to know one another in the process of her working with me on my latest book, and the association has been rewarding personally and professionally. She obviously loves what she does, is fair and brings that sense of enthusiasm and fairness to her work product.

I wholeheartedly recommend Donna to assist you in the literary process of making this happen, and feel you will be as satisfied with your choice as I have been.

I wish you best of luck with this endeavor.

Author of “Shadow Seduction” and “A Particle of God”